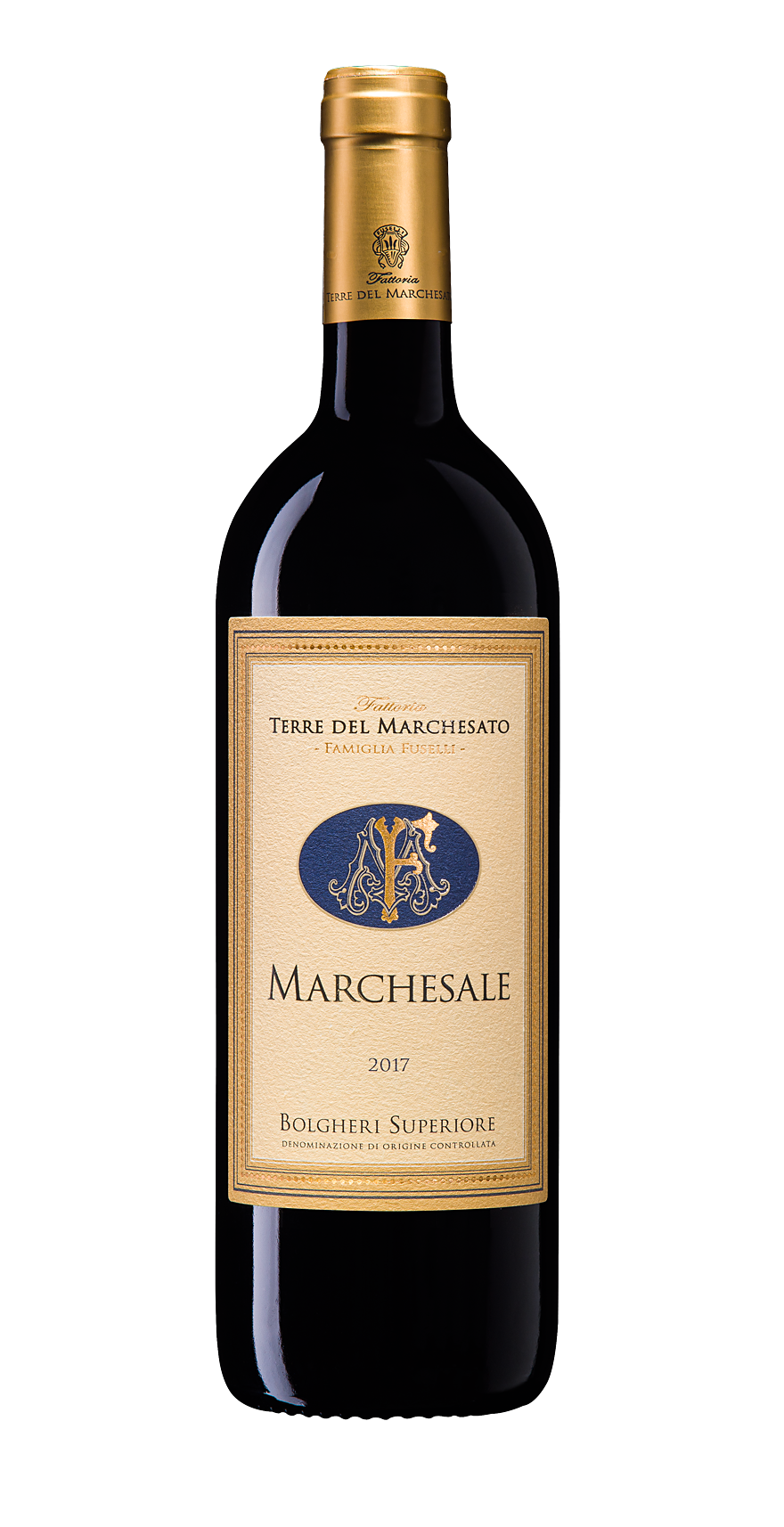 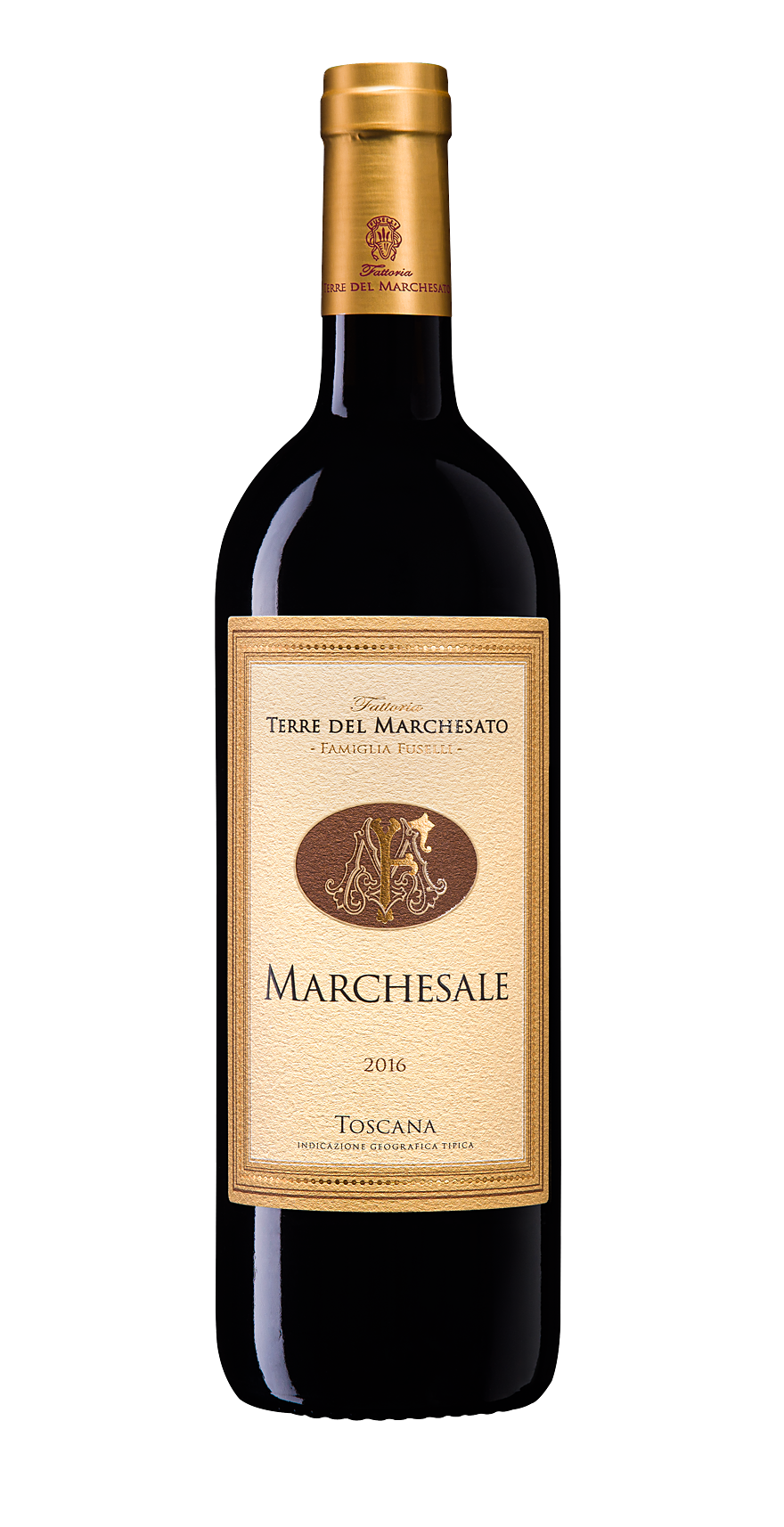 We immediately sense the elegance of this territory from the first sip of Marchesale, flagship of Terre del Marchesato. In the beginning a varietal Syrah outstanding for its growing elegance and finesse.

From 2017 Vintage, the big deal as a DOC Bolgheri Superiore, not a varietal Syrah anymore, but in a blend with three more typical grape varieties of Bolgheri terroir: Cabernet Sauvignon, Merlot and Petit Verdot, creating a perfect combination among the elegance, enveloping fragrance and palate, balance.

Wine flag of our company Marchesale. An elegant and refined Syrah characterized by a great balance that tends to increase year after year.

Alcoholic fermentation takes place in conical steel vats at a controlled temperature between 24 ° / 26 ° C for a week followed by 10/15 days of maceration in order to extract colours, aromas and tannins.

The refinement takes place in barriques of second passage of French oak, in the barrel room at controlled temperature and humidity, during this time, malolactic fermentation, necessary to soften the tannins, takes place.

At the end of the refinement the wine is bottled, resting for 12 more months before being introduced on the market.