Terre del Marchesato is in the hearth of Bolgheri countryside. Bolgheri is a small hamlet between the two cities of Livorno and Grosseto, now very well famous all over the world for the quality of the wines here produced. Sheltered by the hills to the East and embraced by the Mediterranean Sea coast to the west, the area has a fairly diverse terroir in terms of geological composition of the soil and very peculiar microclimate.

Although today it is regarded as one of the most important wine production areas in the world, Bolgheri has not a very ancient wine tradition, as in the past, it was popularly believed that qualitative wines could not be made in the sea vicinity. This deeply rooted belief was disproved by Marquise Incisa della Rocchetta in 1944 when, although everyone considered him a visionary, he implanted the first hectare of land with Cabernet Sauvignon grapevines: from those vines, Sassicaia wine would have been produced later.

Since then, the sea influence has been proved to be optimal and one of fundamental factors, for great Bolgheri wines production.
The climate features mild winters with temperatures ranging from 7,5° to 9,5°, sunny summers stretching till October, with sea breezes always mitigating the heat. Rains are scarce, annual average is 600 mm, more abundant in the growing season than in the ripening time than again more frequent after the harvest.

Light winds, from the sea during the day and from the hills at night, minimize humidity, avoiding possible vine fungal diseases. At the same time, winds improve that important range of temperatures which is much enhancing a slow and regular pace ripening of all qualitative elements of the grape( sugar, tannins, polyphenols, aromas) and keeping the proper acidity high, necessary for balanced wines.

Brightness is another element associated to the sea vicinity of this area. Direct sun light helps the grape growing as well as the glow from the sea acting as a mirror.

Our territory is very small however very diverse. In just over 1500 hectares of land spreading along 15 kms from Bolgheri to Castagneto Carducci, there are different types of soil. Some of them are alluvial soils, of river erosion, with round pebbles brought by ancient waterways, some others are of marine origin, with aeolian sands, limestone and clay. Some others have volcanic stones from the eastern metalliferous hills.

In such a small area we can then find clayey soils, sandy-clayey soils, sandy- limestone soils or fully sandy soils. Therefore, also nutrients and water reservoirs can change a lot from zone to zone. Generally speaking, Bolgheri terroir may be divided in three distinct areas: hills, intermediate zone and next to the sea zone.

Terre del Marchesato wine estate is located in the above-mentioned intermediate zone, right in the heart of the “blessed triangle”, framed by Antinori Estate (Guado al Tasso), San Guido Estate (Sassicaia) and Ornellaia. This area is named “Le Ferruggini” from “ferro” (in English iron) because this mineral is richly contained into the soil, here composed by a prevalence of medium-textured clay, some sand and limestone. This soil represents an ideal ground for vines, confearing power and freshness to our wines. 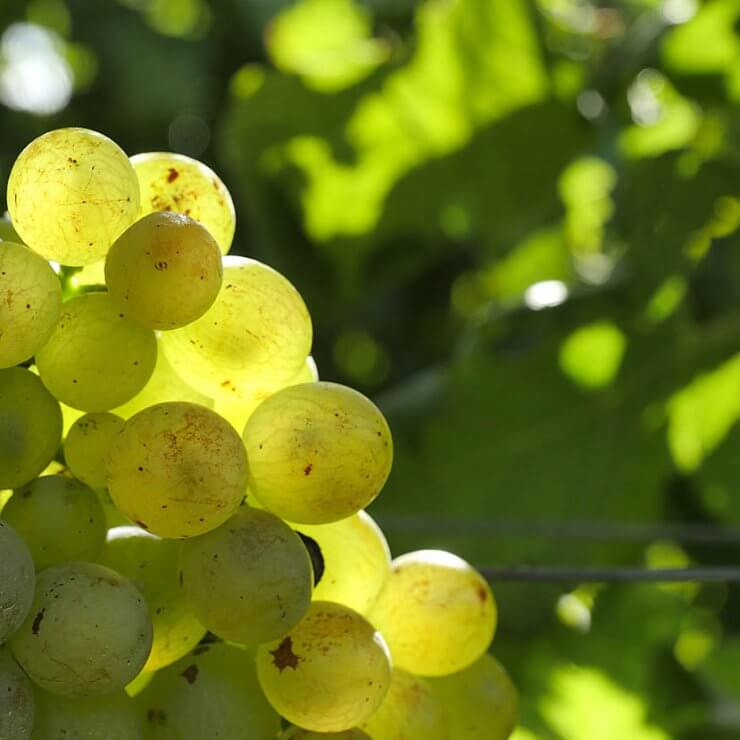 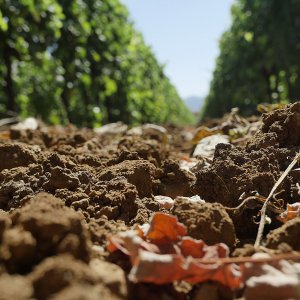 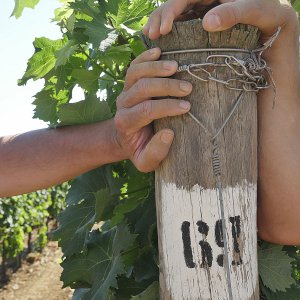 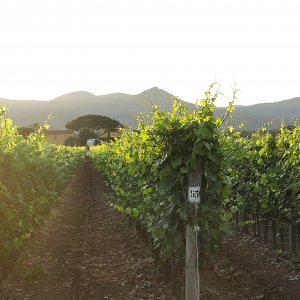