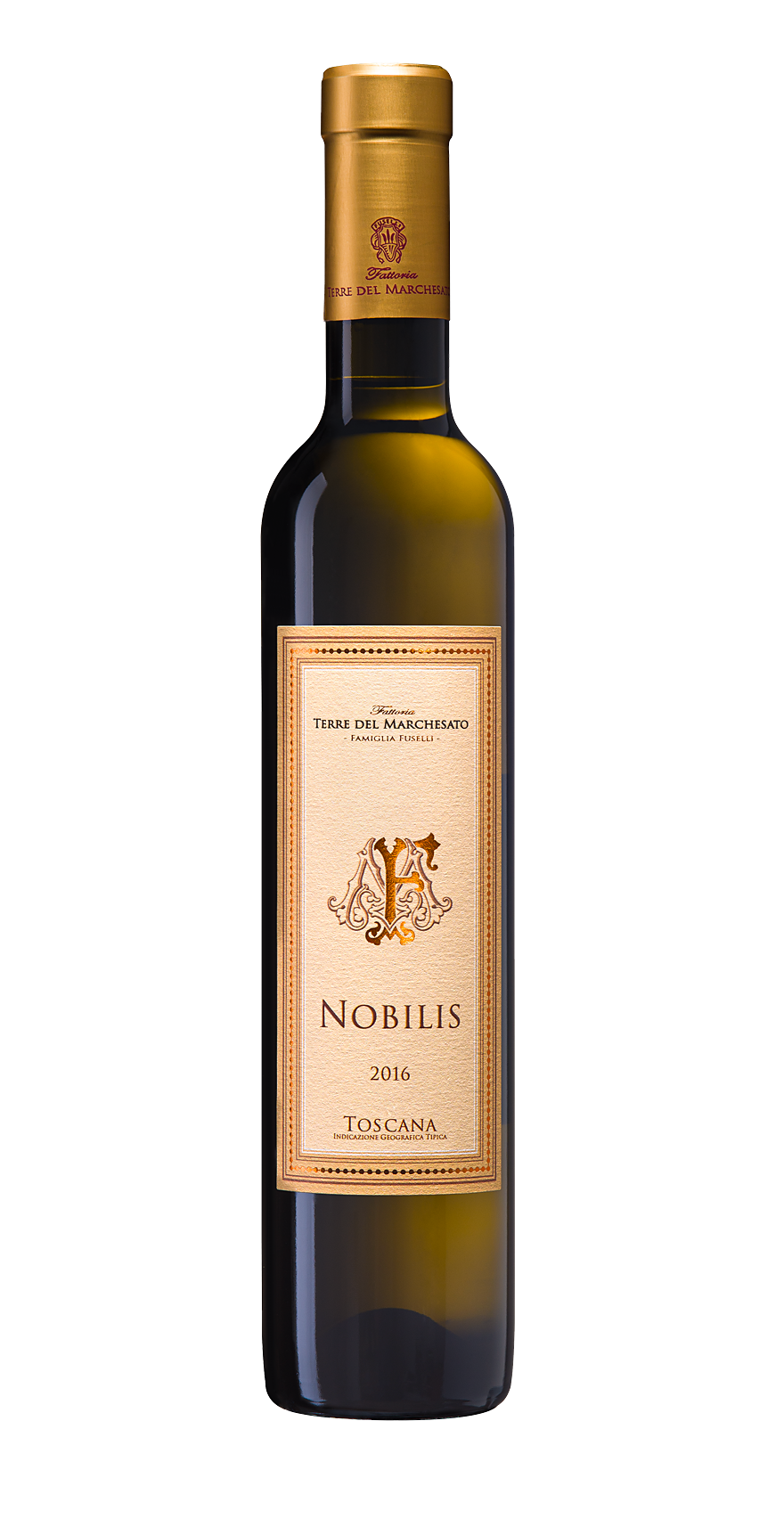 The “Muffato Bolgherese”. Muffato wine that comes from our Vermentino vineyard in Bolgheri. Harvested by hand in November in the presence of Nobile Mold (Botrytis cinerea), which develops on the Vermentino bunches located in a specific part of vineyards, thanks to the favourable climatic conditions, typical of the area in autumn, nocturnal dew, morning mist and sunny afternoon.

Winter begins mild and dry compared to the average and then records a sudden drop in temperatures in January.
The spring started dry, with little rain and rather hot, thus leading to an anticipation of the vegetative restart. In April and May, cool and rainy, they led to a delay in flowering and therefore fruit set, bringing the plants to a perfect vegetative balance to face the summer.
The summer was dry with some precipitation that accompanied the development of veraison, removing the danger of water stress in the plants.
The month of September, hot and dry, guaranteed a slow and long ripening; the plants in great productive equilibrium have managed to perfectly ripen their clusters which showed an excellent average quality.
The harvest began the second week of September and ends the first of October.
The Muffato harvest took place on November 4th.

Late harvest for the Muffato wine took place on November the 13th and gave an exquisite production.

Grape for Nobilis was picked in the middle of October.

Harvest for Nobilis took place at the end of November.

From mid-September the weather changed with sunny and windy days that allowed us to carry out a calm and relaxed harvest. Unfortunately, due to these climatic events, we lost 25% of the production. Our harvest started on the 23rd of September and it finished on the 7th of October.
Our Nobilis wine has been harvest at the end of November.

Our Nobilis wine has been harvest in mid-November.

2010 Vintage represented an extremely difficult year and, faithful to our production philosophy, entirely based on quality, we decided not to produce our Riserva wines (Papeo, Tarabuso, Marchesale, Aldone).

Winter in the standard, mild temperatures, seasonal rainfall. Very wet Springtime delayed budding and flowering. Summer was dry and very warm with temperatures above the average. September featured a fluctuation between Summer and Autumnal climate conditions, continuous rainfalls throughout the month. All this led to a hard and complicated harvest which was started on September the 15th and ended in October, on the 5th.

All the rains which, this far, had made this Vintage so difficult, gave a great production of Nobilis in the middle of November.

2009 Vintage was a great one for Nobilis, both for its body and bouquet.

Nobilis, our late harvest Vermentino with noble rot, was not produced in this vintage, as steady, dry Tramontana winds, made too difficult weather conditions for the proper mold development.

In the middle of November and for the first time, we made Vermentino late harvest with noble rot to produce our Muffato: Nobilis.

Harvesting is done by hand in small crates, the bunches are selected in the vineyard, then soft whole bunch pressing in the cellar.

Alcoholic fermentation takes place in steel vats at a controlled temperature between 18-24 ° C for about a month.

Aging takes place in new French oak barrels for about a year in the barrel room at controlled temperatures and humidity.